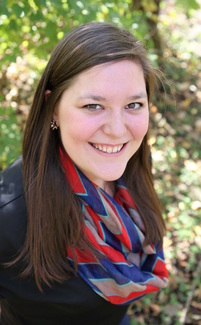 Ms. Jennifer Seiler has been the Director of Vocal Music at Metamora Township High School since the Fall of 2014. Throughout the school year, she teaches Freshmen Choir, Concert Choir, Chorale, Piano One, Piano Two, and Performing Arts courses. Ms. Seiler serves as the Director and Producer of the Madrigal Dinner, which has been a long-standing tradition at MTHS since 1974, and the Assistant Director of the Spring Musical. Additionally, she serves many extra-curricular ensembles, such as Madrigal Singers, Court Singers, and the Vocal Jazz Ensemble.

In 2014, Ms. Seiler received a Bachelor of Arts in Music Education from Elmhurst College. Additionally, she earned a minor in Psychology and a vocal performance certificate. During her time at Elmhurst College, she served in many leadership roles, such as the President of Concert Choir, Chamber Singers, and the campus' International Women's Music Philanthropic Fraternity, Sigma Alpha Iota. In the spring of 2012, Ms. Seiler was Co-Student Director of the internationally recognized Elmhurst College Jazz Festival.

In 2019, Ms. Seiler earned a Masters of Music Education from Michigan State University, where she actively researched topics such as sacred music in the public schools, improvisation in the choral classroom, and motivational theories in education. She completed her course work with high honors.
​
Ms. Seiler is an active member of many Music Education communities, such as Illinois Music Educators Association (ILMEA), the American Choral Directors Association (ACDA), and the National Association for Music Education (NAfME). She previously served on the ILMEA District 3 Board as the Vocal Jazz Representative from 2014-2018 and the IL-ACDA Board as the Vocal Jazz Repertoire and Standards Chair from 2015-2018.

Ms. Seiler has had the opportunity to perform with many incredible musicians throughout her career thus far! She has sung with the Chicago Pops Orchestra and recorded with the Royal Stockholm Philharmonic Orchestra as a member of the chorus featured on the "Final Fantasy: Distant Worlds"' album, which released in May of 2010. Ms. Seiler was also a member of the choir featured on the Emmy-nominated special of "A Christmas Carol: The Concert," which was released on PBS in December of 2013 and featured members of the Chicago Symphony Orchestra. 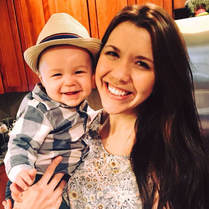 My name is Kaleigh Christ, and I have been teaching music, in the form of choral music, general music, and private voice, for over 8 years. I received my Bachelor Degree in Music Education from Millikin University, served as the Choral Director at Pekin Community High School for 5 years, and joyfully taught K-8 general music and choir for 3 years at Metamora Grade School. I am grateful to have the opportunity to spend most of my da​ys with my babies at home and I am thrilled to have this opportunity at Metamora Township High School!